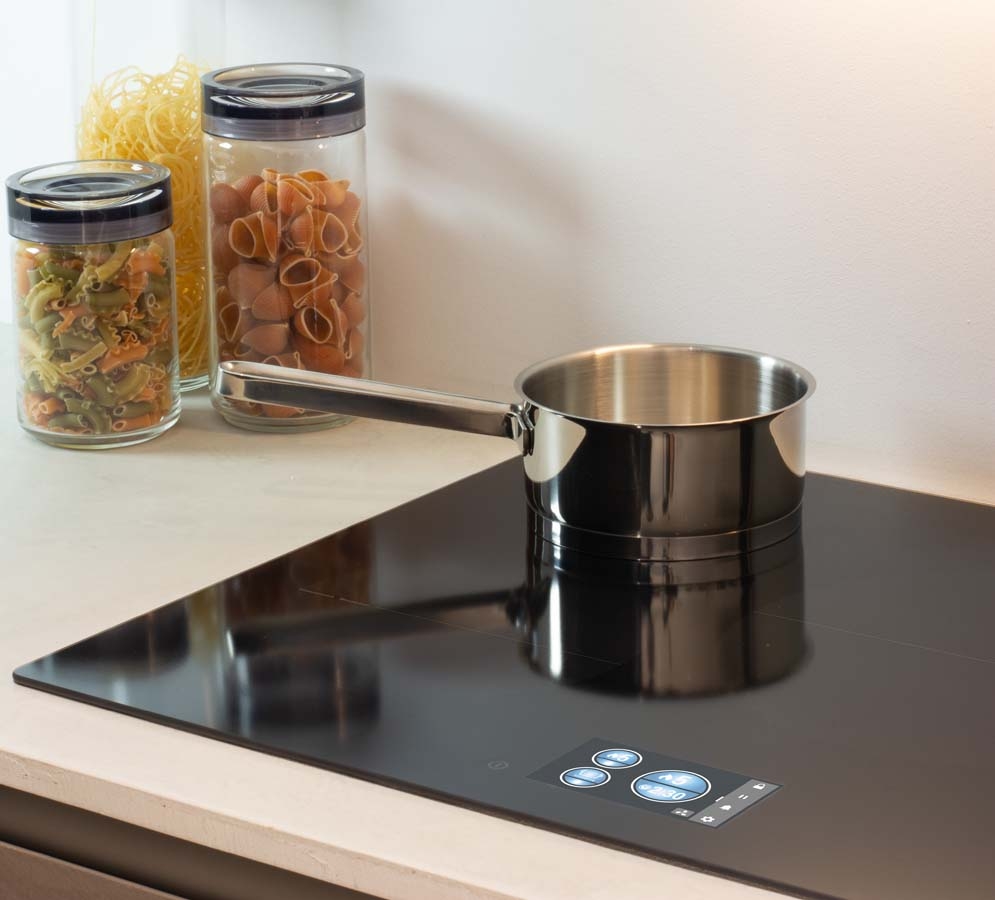 Cata continues to expand its range of inductions with up to three new models with TFT display, cooking by temperature, wireless connection with the hood and recipes from El Celler de Can Roca.

Cata launches the latest in induction power control. The new range provides two cooking systems, the traditional system with heat power adjustment and the precision of a unique cooking system by temperature control and wireless connection, allowing to preserve the original taste of food, its nutritional properties and to achieve amazing textures. You can cook as a three-Michelin-stars chef thanks to its thirteen recipes from El Celler de Can Roca and the possibility of adding your recipes.

The comfort of use and energy-saving are also improved with the wireless control of the GOYA PRO BK hood through the TFT induction, which automatically adjusts the quieter extraction to the cooking power level if the user wishes, thus reducing the generation of annoying fogging and allowing a correct renovation of the kitchen air.

The cooking of large roasts is guaranteed with the new MT 9011 PRO BK oven thanks to the large volume of its cavity; 70 litres and a large surface tray, which will allow you to cook at different heights with surprising results due to its enveloping cooking system of food. Always with the help of a 5” TFT screen that will guide you step by step in the preparation of the twenty recipes of El Celler de Can Roca, proposing temperature, function and cooking time to achieve an optimal result in an easy and intuitive way.